Rules. Beer pong is played with two teams of two people that stand at opposite ends of a beer pong table. Each team has ten or six cups (lesser cups equals quicker game play) arranged in a triangular formation in front of them, with their choice of beverage poured in. Which team starts the game is determined by a coin flip or something similar, once this is determined a person from that team starts…

You have your turn then your team mate has his/her turn, then the opposing team will do the same until all of the cups have been removed/consumed from one side of the table, first team to do so wins!!
Cups and Ping Pong Balls included in hire 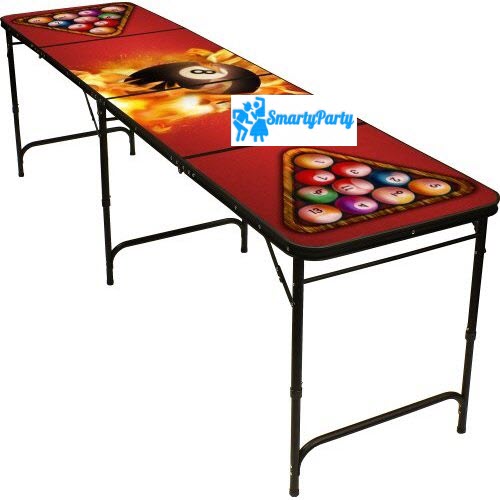 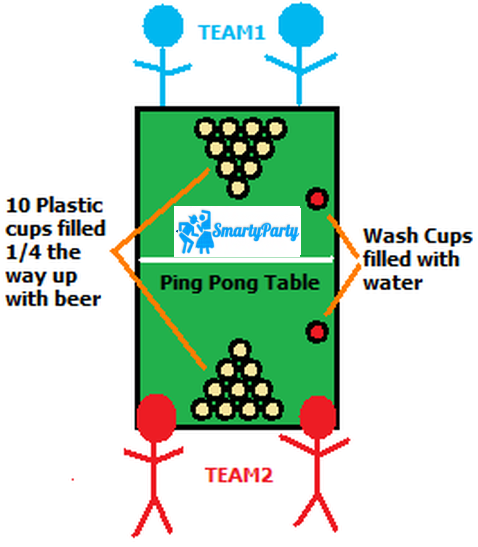